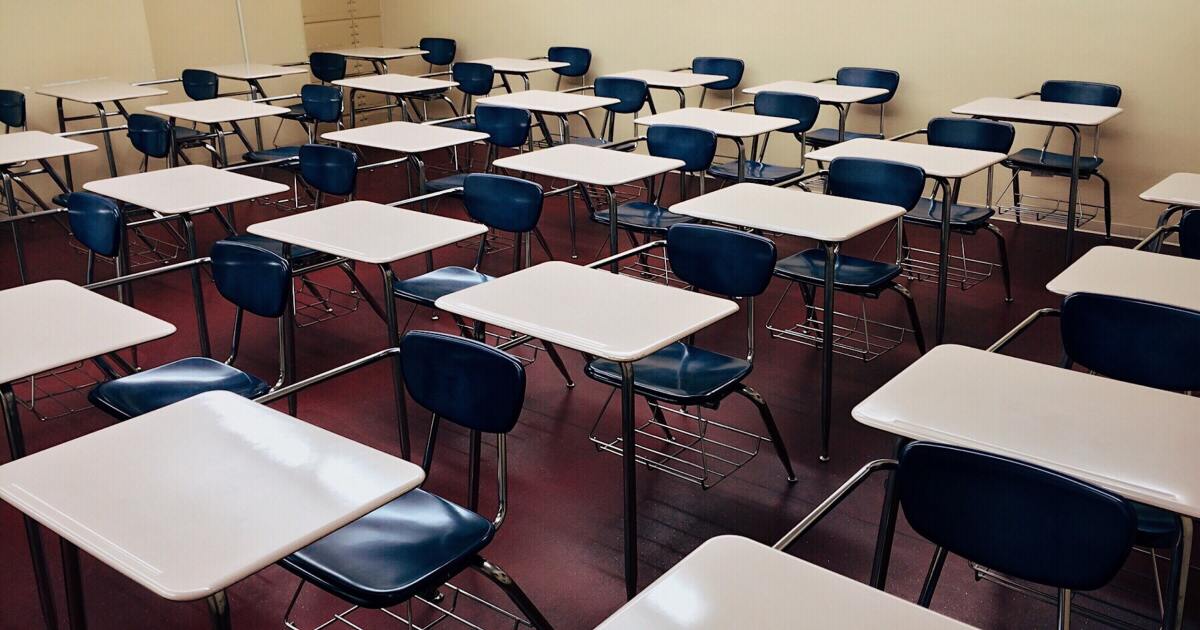 Challenges as an educator and union member in Wisconsin

covid has placed unprecedented pressure on all workers as they try to navigate loss, financial hardship and workplace expectations – but educators across the United States have been placed in a particularly difficult position, and many are reaching their breaking point.

According to the Bureau of Labor Statistics, more than 600,000 teachers in public education have quit in the past two years, while the National Education Association, a US union, reports that 55% of educators plan to leave their profession sooner. provided that.

“There are all these layers of stress,” says Shelly Krajacic, a high school English teacher based in South Milwaukee, Wisconsin. “You want to help your students and at the same time you are worried about bringing COVID home. All the while, you still have to meet those external tests and demands that are unaware of the real needs of the students.

Read more: New graduates do not feel supported in their new roles

Krajacic, who is a twice-certified teacher and served a six-year term as a member of the National Education Association’s executive committee, has no plans to quit teaching. However, Krajacic knows firsthand the consequences of teaching, noting how Wisconsin legislation surrounding everything from unions and employee benefits to COVID safety and public education funding has impacted his occupation. EBN spoke with Krajacic to better understand her experience as an educator and union member.

How did your journey into teaching and union work begin?
I started teaching in 1998, and back then union membership was automatic. I started to get actively involved in my local [union] in my second year of teaching when I started asking about our retirement plans. I am also a third generation teacher at a public school in Wisconsin on both sides of my family. My father negotiated one of the first comprehensive labor agreements in the state of Wisconsin, and my godmother served as vice president of the Wisconsin Education Association Council. I came out of the womb an active member of the union.

What prompted you to run for the executive committee of the National Education Association?
Act 10 was probably the main reason I decided to run for national office. Law 10 was passed in 2011 and changed the way union membership works in Wisconsin. Before Act 10, by being hired, you were already part of a represented bargaining unit. You were automatically a paying member of that unit. But it changed the way unions are recognized and required you to vote every year to recertify the bargaining unit.

It also changed the scope of collective bargaining. Technically, collective bargaining is still legal in Wisconsin, but it is limited. For example, by law, the union would be required to participate in a conversation about health insurance companies. Now there is no requirement that the union be involved. There is no requirement that educators in any form be involved in benefit conversations.

Read more: ‘I was just a daughter and a mother’: Sandwich carers struggle to cope

The bill also provided that teachers had to pay a minimum percentage of their health insurance. Even though we had negotiated that the district pay one hundred percent of your insurance, we now had to pay 15%. It also changed the required contribution to our retirement. All of a sudden, as a single woman in my 13th year of teaching as a national board-certified teacher with a master’s degree, I took an $8,000 pay cut.

It becomes very easy to focus on Bill 10 as a series of union attacks, but it has also dramatically reduced funding for public education. I am someone who always seeks the opportunity to give back to public education and to continue to challenge myself as an educator.

Why do you think unions are crucial not only for teachers, but also for workers in general?
The greatest period of economic growth in this country was the 1950s, and CEOs weren’t making 300 times what their employees were making. It was also the time when we had the highest unionization rate in the country. If the CEO can afford to buy his own space shuttle, he can afford to pay his employees a minimum, living wage. And it’s not just about what you get paid – it’s about having the respect of your workplace without feeling alone.

I wouldn’t want to work in a profession where I wasn’t part of a union. And places like Starbucks or Amazon, which claim to support their employees, should be at the forefront of encouraging unionism, because it is the way to balance our nation.

What challenges are you currently facing as an educator due to COVID?
The biggest challenge is figuring out how to teach in a pandemic. It’s important to understand that most schools remained open and in-person across the country and across Wisconsin. Even though Wisconsin’s five largest school districts have gone virtual, the rest have not. On top of that, we had to deal with a lot of losses in some communities. Last week I had a student who suddenly lost an uncle to COVID. Students experience trauma on different levels, whether it’s because they can’t see their friends or because they lose family members. The students don’t know how to talk to each other — it’s as if they’ve forgotten how to make friends. In this bizarre set of circumstances, we have to rewind and re-teach the kids how to be a student. Educator burnout is the worst I’ve ever seen – and I’ve seen Act 10 eliminate a lot of people.

Read more: How These 3 Moms Survived As Caregivers Working In Healthcare

The federal government has passed three levels of emergency funding for elementary and secondary schools. But in Wisconsin, for example, the legislature passed its budget with a significant reduction in investment in public education because of this federal government money. But that negates all the point of emergency funding because they’ve eliminated a standard level of support. So now everything that was needed for additional services — like hiring additional counselors and mental health providers — is essentially eliminated. This is what the state has chosen to do.

Are there any challenges you see educators facing outside of COVID?
You have the distraction of critical conversation about race theory, which is not a real thing. I didn’t know what critical race theory was until I got my doctorate. It’s just not taught in elementary or high schools.

But there is critical race theory legislation in Wisconsin, and the language of the bill is incredibly broad. It basically says you can’t have conversations about equity. You can’t have conversations that make people feel uncomfortable because of their race. I teach books – people are going to be uncomfortable because of a whole set of different circumstances at the end of the day. It looks like something people create not to speak of the real needs of the school.