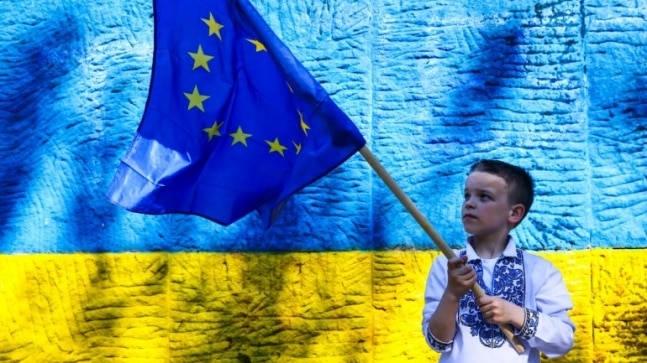 Explained | How does a country become a member of the European Union?

When Russia launched an attack on Ukraine in the dead of night on February 24, its greatest fear was a growing Western military presence on the borders. Four months later, Vladimir Putin not only brought Kyiv closer to NATO, but also on the heels of becoming a member of the European Union (EU).

WHAT IS THE EUROPEAN UNION?

The European Union is an association of 27 nations, mostly located in Europe, which functions as a single economic bloc in the global economy. The EU was formed by the Treaty of Maastricht, which entered into force on November 1, 1993. The bloc was formed to strengthen economic and political cooperation across Europe in the aftermath of World War II.

The EU includes ministerial delegates from each member state and the Council presidency rotates every six months.

WHAT IS THE EU DOING?

The EU, presented as one of the most powerful trading blocs in the world, promotes democratic values ​​in its member countries. Nineteen of the countries share the euro as their official currency. EU policies aim to ensure the free movement of people, goods, services and capital within the internal market, established by a standardized system of laws that applies in all Member States. This internal market is presented as the main economic engine of the EU,

WHO CAN APPLY TO BE A MEMBER OF THE EU?

Any country that meets the membership requirements can apply, according to the EU website. These conditions, known as the “Copenhagen criteria”, include a free market society, a functioning legal system, democratic establishment, human rights and full compliance with all EU rules and regulations. .

READ ALSO | As war rages, Ukraine has chance to ‘live the European dream’

Candidates must implement democratic principles and implement reforms to comply with EU rules, regulations and standards in various aspects, such as economy and rule of law. Thus, to become a member of the EU, a country must complete 35 laborious “chapters” addressing issues ranging from judicial independence to aligning foreign policy with the EU.

WHAT IS THE PROCESS TO JOIN THE EU?

Although Ukraine has obtained candidate status, the path to finally becoming a member is rather long and complicated and the whole process can take years.

This graph lists the different steps for a country to become a member of the European Union. (Credit: AFP)

Joining the EU is a 3-step process:

1. Obtain candidate status: This is the first step in the process of joining the EU, but it does not necessarily mean that the nation will join the EU.

2. Accession: In the next stage, formal membership negotiations begin. This process, known as accession, involves the adoption of established EU law and the implementation of judicial, administrative, economic and other reforms deemed necessary for the country to meet the conditions for membership.

3. Join: When the negotiations and the accompanying reforms are completed to the satisfaction of both parties, the country will be able to join the EU.

WHAT DOES GETTING CANDIDATE STATUS MEAN?

Once a country has applied for EU membership, it is granted candidate status following the recommendation of the European Commission that it is ready to join.

But remember that obtaining candidate status does not mean that a country will be able to join the Union. Whether or not to move on to the next stage is decided after examining their application in the light of the “Copenhagen criteria”. 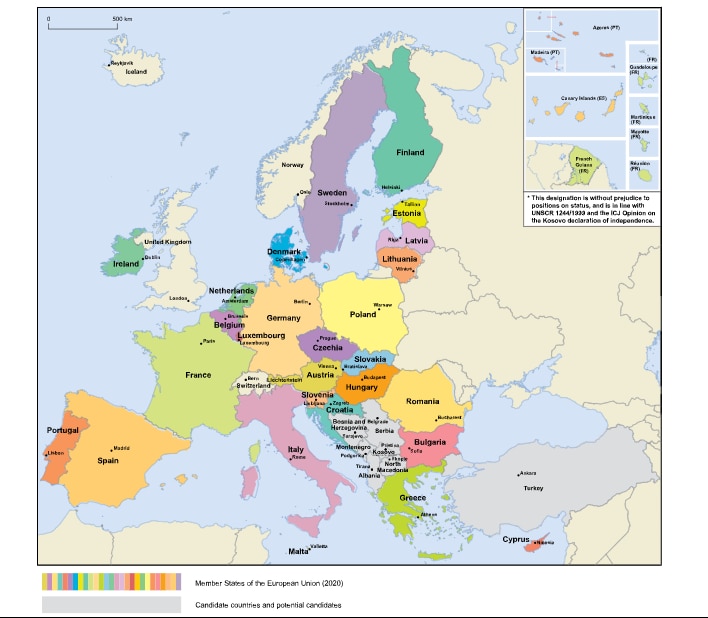 HOW LONG DOES IT TAKE TO BECOME A MEMBER OF THE EU?

Years, even decades. It is certainly not a quick process and there are countries that have been waiting for years to qualify to join the EU.

For example, the Western Balkan countries of Albania, North Macedonia, Montenegro and Serbia have been candidate countries for years, even decades. Bosnia and Herzegovina applied for membership in 2016 but has yet to officially join the bloc.

The last country to join the EU, Croatia applied in 2003 and officially became a member after 10 years in 2013.

Romania, which joined the EU in 2015, saw its national income triple while Bulgaria’s doubled. Both countries have received tens of billions of euros from the EU to support economic development. Some 1.5 million Bulgarians and 4 million Romanians have used the EU’s “free movement” policy to travel within Europe.

A LOOK AT THE CASE OF UKRAINE

Ukraine, which is currently under attack by Russian forces, applied for EU membership on February 28. Four days after Russia declared war. President Volodymyr Zelensky has called for Ukraine’s immediate EU membership. Responding to the request, the European Commission responded by recommending that Ukraine be upgraded to candidate status.

For Ukraine, which is fighting against Russia endlessly in view of the conflict, EU membership is of enormous importance. Will it benefit the military? Certainly yes, because EU members are bound by a mutual defense clause to support another country if its territory is attacked.

In addition, EU membership will strengthen Ukraine’s economy and allow free movement within the EU. Once the war is over, the EU will also help Ukraine rebuild and adapt its infrastructure and services.

WATCH | Russian-Ukrainian war: what does Ukraine’s accession to the European Union mean?

Within days, Ukraine has taken steps that usually take months or even years for other countries and it only shows that Ukraine is doing everything possible to send a clear political message. With more than 86% of Ukrainians backing the bid for EU membership, the call is only getting louder.

“The EU is united in its unwavering support for Ukraine and has stepped up its political, humanitarian, financial and military support to the country. The European Commission is also cooperating closely with Ukraine’s neighboring countries to help them provide protection to people fleeing the invasion,” reads its website.