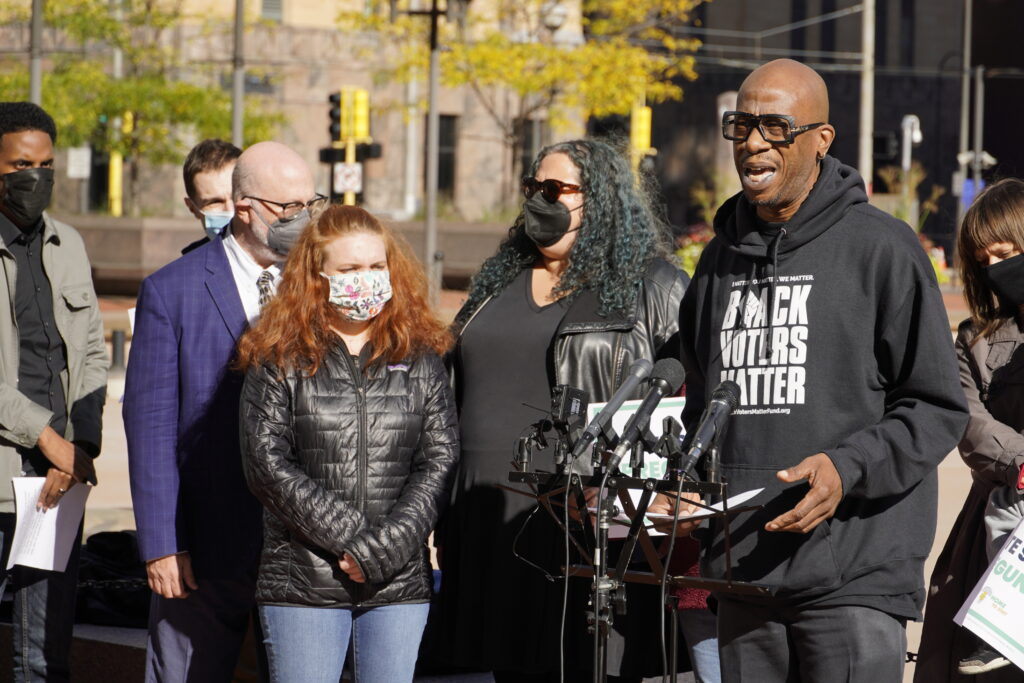 I’m a janitor and a union member. Now I too am an activist. – Daily Montanan

Like many people, for much of my life, I didn’t think elections were for me. During my 57 years, I voted occasionally, but the reality was that I didn’t feel like everything I did would matter.

COVID-19 and my union changed that for me, and now I want to share my story in hopes of involving more “ordinary” people in fixing our government.

I was a janitor at a big box store during the pandemic, and got involved in my union during the fight to get employers to pay people for the time they missed due to COVID -19. I thought it was crazy that people like me – already underpaid and overworked – had to use our vacations or just not get paid when we were exposed to COVID-19.

I missed more than a month of work in 2020, once because I was exposed to a colleague and had to be quarantined, and once when I had COVID-19. I am still pulling myself out of the money pit of missing a month of paychecks.

I started talking about how I thought the bosses and politicians treated us like expendables, not essentials (as they kept calling us), and at an event I spoke with a fellow Service Employees International Union (SEIU) member who started telling me about a chance to get more involved in the 2021 elections in Minneapolis and St. Paul.

This interested me because I wanted to understand how to make the changes we need. We started talking about the things that were going to be on the ballot.

In 2021, we voted for local leaders who have influence over how essential workers are treated as well as whether we would take action to make housing more affordable and the future of public safety.

I’m an essential worker who made less than $15, I’m struggling to find affordable housing, and I’m a black man in a state wondering how to become more equal and safer for all of us. It is clear that all these questions are close to my heart!

Although elected officials made decisions that helped or (more likely) hurt me, I never got involved in politics, let alone the outcome of the vote. But this year, I jumped in with both feet alongside dozens of fellow SEIU members who were also fed up with the status quo. I was tired of politicians telling us about champagne wishes and caviar dreams, but never granted them.

Before joining my union’s campaign work, I didn’t think what I said or felt mattered or made a difference. But I can tell you that thousands of voter contacts and countless in-depth conversations with voters have clearly shown me wrong.

I know that me, an ordinary person, talking with other ordinary people who have similar experiences to me has helped change this election. It wasn’t just about connecting with other voters, but it was helping to stop the misinformation circulating there. I’ve spoken to many people who felt so overwhelmed by attack ads and huge amounts of money being spent flooding their TVs and mailboxes.

One call that stood out was when I called a voter who said he didn’t know anything about the election because he was busy with work and life. I took the time to talk to him about the important things we were fighting for. He was delighted to learn and to hear about what was happening. He was an older man who hadn’t voted for many years, but when he heard about the things we could vote for, especially after the murder of George Floyd, he said ‘we need change’ and that he was going to vote.

I was proud to talk to her out of her shell and help her understand that voting matters and her voice matters. No amount of money can beat that real human connection that comes with conversations.

After the January 6 attack on our Capitol, I remember hearing Amanda Gorman’s poem and being moved when she said that we had been in the dark for too long and needed to let our light shine. It made me want to get out there and do the work necessary to bring about the change I want to see.

When the election results came in, some issues and some candidates I supported had won, and some had lost. But that’s okay, because I know I’ve helped invite more people into the process who otherwise would have felt left out, and that builds power in the long run.

I am happy to have participated in the electoral work. It is clear to me that abstaining from the process only keeps things as they are now. If we are to solve the huge problems we face around income inequality, lack of affordable housing, creating safe communities and more, ordinary people cannot stand idly by.

I hope anyone reading this listens to me when I say, in my experience: It’s never too late to learn about government and help do the work of change. There’s another election around the corner… get involved!

This review was originally posted by Minnesota Reformer which is part of States Newsroom, a network of news outlets, including the Daily Montanan, supported by grants and a coalition of donors as a 501c(3) public charity.