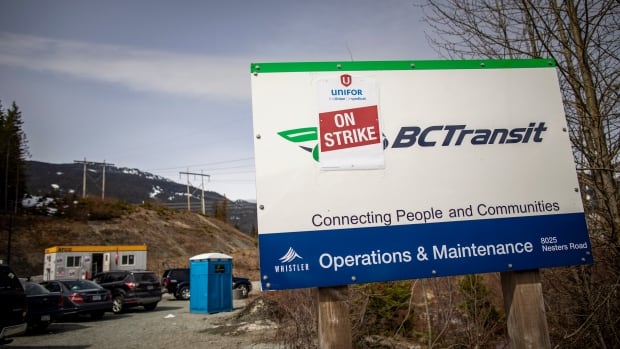 Bus service in Whistler, Squamish and Pemberton may soon resume as a tentative agreement has been reached between the employer and the union.

Unifor, in a statement Friday evening, said it had signed a tentative agreement with BC Transit contractor PW Transit, which operates bus service in the area, following mediation talks.

The union says its bargaining committee “unanimously” recommends that workers vote to accept the deal. A vote will take place on May 30.

The main issues of the strike were wages and benefits, with the 80 striking drivers and other workers seeking pay parity with their counterparts in Metro Vancouver.

Unifor said details of Friday’s agreement would be released after ratification.

PW Transit confirmed the tentative agreement in its own statement.

He said he was pleased to have reached an agreement and said details of the resumption of service “will be released shortly”.

The drivers went on strike on January 29 and the 119-day strike has created headaches in the region.

People faced huge problems getting around without a bus. Many lower-paid workers work in tourism and hospitality-related jobs for ski resorts, bars, restaurants, hotels and short-term rental houses that attract tourists from around the world.

The region’s Liberal MPP Jordan Sturdy called on Labor Minister Harry Bains to do more to end the strike.

In the Legislature two weeks ago, he said Bains should submit the parties to binding arbitration. The company had previously requested arbitration, to the anger of the union.

Bains dismissed the suggestion, saying high-profile talks were the answer. He also met with the two sides separately and called for further negotiations.

The longest transit strike in British Columbia history lasted 123 days in 2001 before workers were forced by law to return to work.