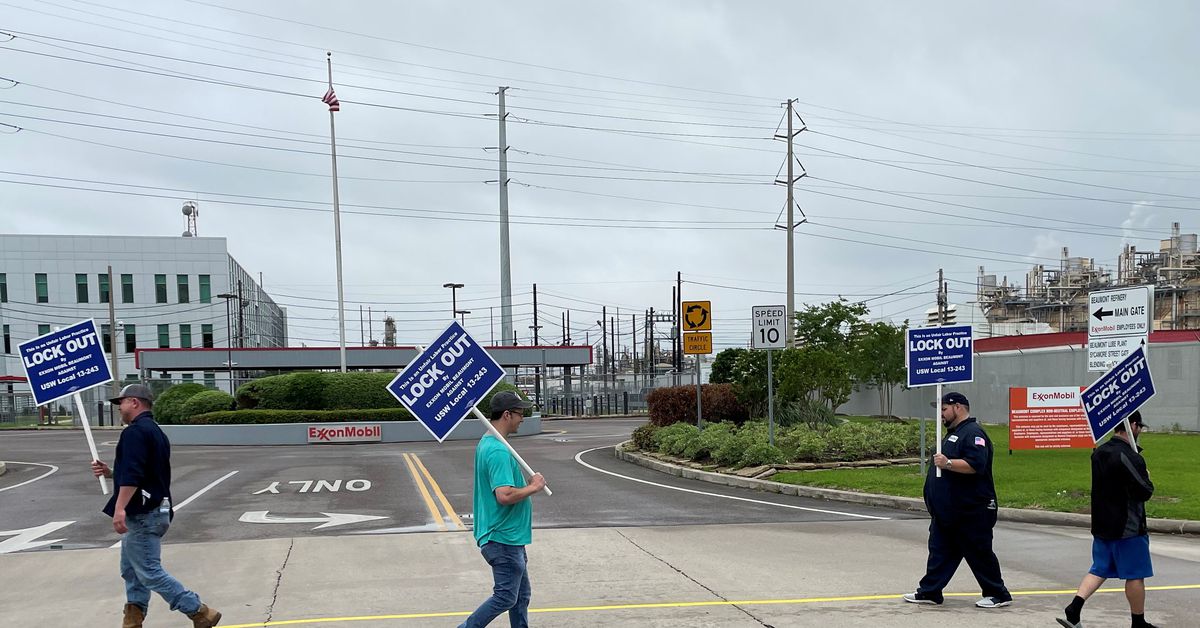 Members of the United Steelworkers (USW) line up outside Exxon Mobil’s oil refinery amid a contract dispute in Beaumont, Texas, United States on May 1, 2021. Exxon has locked out approximately 650 employees represented by the unions, fearing a strike. REUTERS / Erwin Seba / File Photo

HOUSTON, July 1 (Reuters) – Union and company negotiators met on Wednesday to discuss the lockout of workers at the Exxon Mobil Corp (XOM.N) refinery in Beaumont, Texas, said Thursday the spokespersons of the two parties.

Representatives from Exxon and the United Steelworkers (USW) agreed to meet again next week, said Hoot Landry, the union’s international staff representative, as the lockout of 650 workers reached nine weeks.

“We continue to meet and negotiate in good faith,” said Exxon spokesperson Julie King. “Our current offer remains available for a member vote. “

Exxon locked out workers represented by USW 12-243 on May 1, citing the risk of a strike.

The United Steelworkers said the company’s latest proposal requires its members to give up long-standing seniority and would create a separate contract for workers at a lube oil plant from that for workers at the refinery. .

Exxon said the proposal would give it the flexibility to be profitable even in low-margin environments.